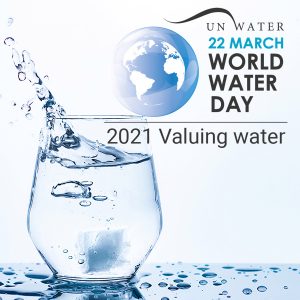 Every year, World Water Day provides an opportunity to reflect on the importance of ensuring everyone around the world has access to safe, clean water. This year, the theme of World Water Day is “Valuing Water,” and here at Culligan, one way we’re dedicated to showing how much we value water is to promote education around the role water plays in our lives and the broad range of benefits that better water brings.

With that in mind, Culligan International commissioned our Global World Water Day Survey 2021, conducted by Toluna, to better understand consumer perceptions and attitudes about water. Here, we share some of the most surprising things people in North America don’t know about water – and provide a few helpful facts to promote greater understanding of this most-valuable resource.

If you think bottled water is safer than tap water, you’re not alone. According to our Global World Water Day Survey, half of North Americans believe this is true – but that’s not necessarily the case. Contrary to what some may believe, there is not a higher standard of regulation for bottled water than there is for tap water. In fact, the safety standards for bottled water and tap water can be quite similar.

In the United States, for example, bottled water safety falls under the jurisdiction of the U.S. Food and Drug Administration (FDA), while the U.S. Environmental Protection Agency (EPA) regulates tap water. However, the FDA bases its bottled water standards on those that the EPA sets for tap water.

Meanwhile, tap water that comes from a public water supply is frequently tested for contaminants, and the EPA requires that the results be published annually in publicly available reports. While the FDA does have its own requirements focusing on bottled water safety, companies are not required to publicly disclose test results.

More than 1 in 5 respondents (21%) don’t believe that tap water could contain pesticides; nearly one-quarter don’t know whether it can. Unfortunately, according to the U.S. Geological Survey (USGS), pesticides in groundwater are in fact a concern, particularly for those living in agricultural areas: “Pesticides can reach water-bearing aquifers below ground from applications onto crop fields, seepage of contaminated surface water, accidental spills and leaks, improper disposal, and even through injection waste material into wells,” the organization notes.

While some pesticides have a designated maximum contaminant limit in drinking water set by the EPA, others do not. It’s the EPA’s role to assess the potential hazards of pesticides to human health based on toxicity and exposure. When pesticides are found in water supplies, they normally are not present in high enough concentrations to cause acute or chronic health effects.

Scientists are unclear on what effects microplastics have on human health, but consumers can reduce their exposure by consuming less bottled water and taking other steps to reduce their plastic waste. 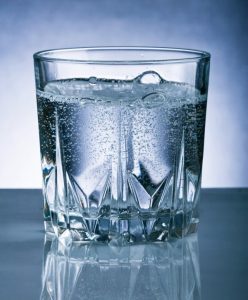 Nearly half of respondents to the survey (45%) believe drinking sparkling water while eating aids in digestion. To make water “sparkling,” it is infused with carbon dioxide gas under pressure. Sparkling water hydrates consumers just as well as still water, but there’s little evidence that it contributes to better digestion.

More consumers are opting for sparkling water in recent years as they look for healthier alternatives to sugary soft drinks. As long as it doesn’t have added sugars, sparkling water is a better choice. Read the nutrition label before purchasing a sparkling water product to see if sugar has been added.

Nearly half of North Americans (47%) don’t realize that drinking water actually decreases water retention, which can cause bloating and added water weight. It may seem like the opposite should be true, but in fact, not getting enough water can actually cause your body to retain it. The first signs of water retention might be excess weight, a ring that won’t fit on your finger, swollen ankles or bloating in the abdominal area.

So how much water is enough? The U.S. National Academies of Sciences, Engineering, and Medicine determined that an adequate daily fluid intake a out 15.5 cups of fluids a day for men and 11.5 cups for women. This includes fluids from water, beverages, and other foods (bout 20% of daily fluid intake comes from food).

Water has major implications for good health, but clearly, misconceptions still remain. Find more common water myths here, and stay tuned for more posts that can help you make better decisions about the water you consume.

Locally Owned & Operated by the Fisher Family Since 1945! 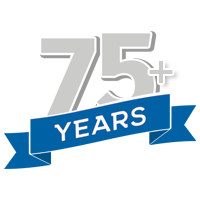